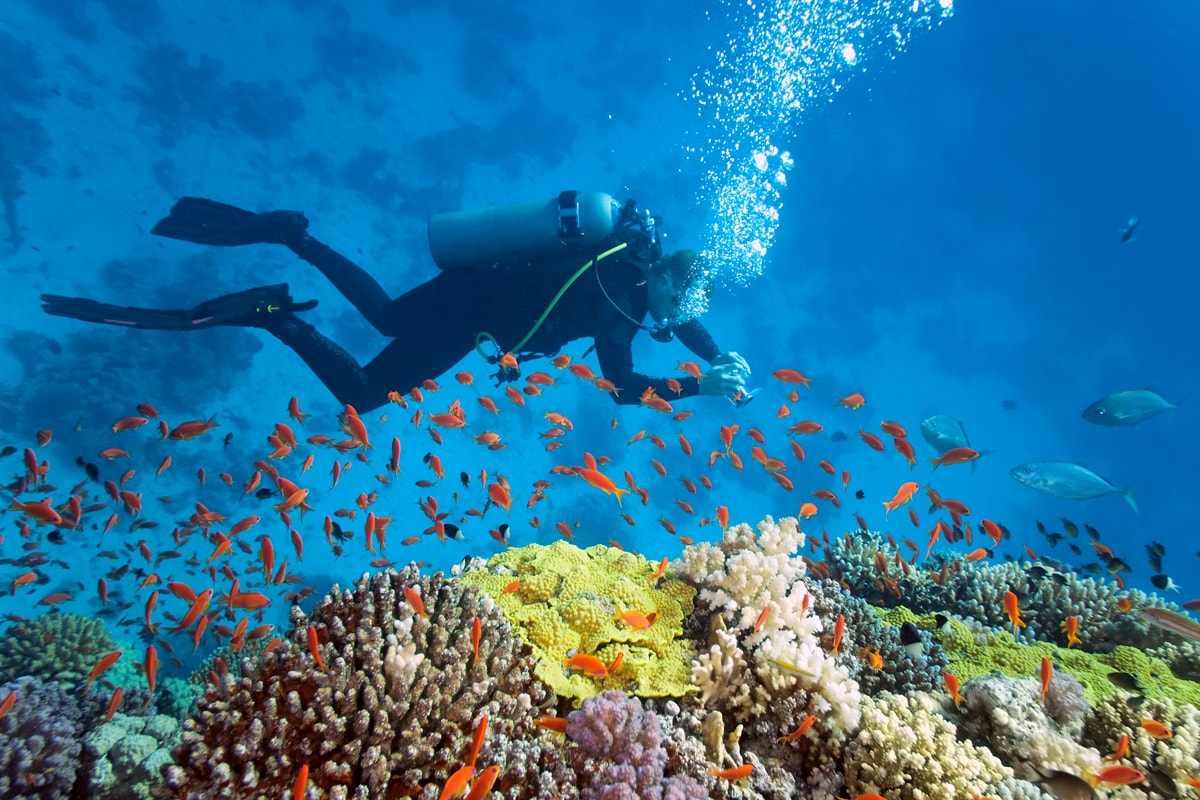 The Hawaiian Archipelago is full of bucket list dives with exciting adventures such as diving in the crater...

As I dived for the very first time in the lagoon of New Caledonia, at Duck Island, with only my mask and my fins, I quickly recognised something I had not seen in a while: a healthy coral reef! My first scuba dives in the north of the main island, in Koumac, a week later were a festival of colours and shapes along densely covered walls.

I wonder why the lagoon of New Caledonia remains rather unknown internationally while it beats many records: